Enwa to deliver fresh water plant for treatment of salmon 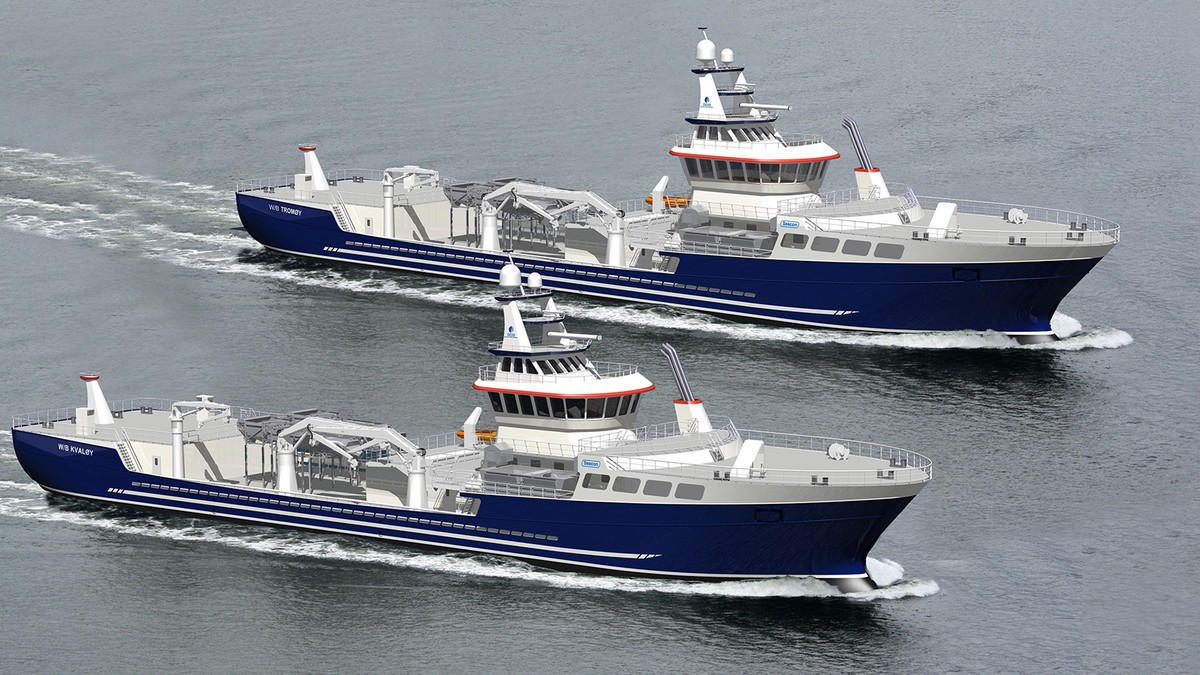 Enwa to deliver freshwater plant for well boat with capacity of producing 6 000 ton water per day.

DESS Aquaculture Shipping AS (DAS) has recently contracted two new large well boats from Artic Group (picture of the vessel) with a capacity for fresh water production of 6000 m3 water per. Today (6 million liters). The boats are 76 meters long and have a width of 15 meters.

Fresh water treatment is emerging as the most effective, gentle and sustainable method of removing lice from salmon. Production of large amounts of fresh water at a low cost coupled with efficient installation in compact and specialized vessels require considerable knowledge and experience.

The cooperation between Artic Group, SEACON and Enwa will provide a vessel with capacities upon delivery that will set a new standard in the industry, says project and development manager in DESS Aquacultur shipping AS, Henrik A. Larsen.

According to the ship owner, Mr Ove Vilnes, Enwa demonstrated a level of knowledge and insight that was superior to the competitors and ended as the preferred supplier. The RO plants that are embedded in the bow (picture) were designed and the RO will be assembled at Enwa’s production facilities in Gothenburg. Bjørn Dørum in Enwa states that the plants that are already under the production are scheduled for delivery before summer 2017. The first boat is ready Q1 2018. The boat number 2 by the summer 2018.

Competence in many areas

Desalination of such large quantities of seawater requires knowledge in many areas whereas the desalination process probably is the easiest. Knowledge of raw water conditions, content in the ocean, seasonal and locality changes are essential in order to be able to dimension as reliable and economically efficient plants as possible. Our technological development is partly based on research results together with Norwegian and international oceanographic environments.

Facts about the main actors within the project

The company was founded in 1987 by Ove N. Vilnes. In the 90s the company started with fish feed transport. In 2004, built the company's first new "Artic Sea". In 2006, new build no. 2 "Artic Lady" passed, and new buildings have come consecutively. The company now has six ships operating in the industry. The company specializes in new buildings, which are customized of the charterers needs, and is known for delivering quality new buildings, to very competitive prices. Artic Group has a contract for 2 well boats each having a capacity for water production of 6,000 tons / day, and also has an option for a further 2 well boats. The boats costing in excess of 200 million NOK.

The Company is owned by Deep Sea Supply AS and Marine Harvest ASA and its business idea is to conduct shipping activities in aquaculture and fisheries domestically and abroad. The company is headquartered in Grimstad.